A History of Electrical Devices 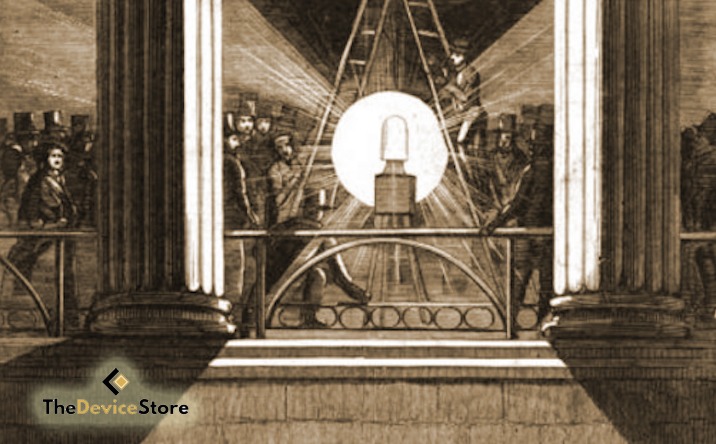 A popular definition of device is, “a thing made or adapted for a particular purpose, especially a piece of mechanical or electronic equipment.” Without the great scientists of the past we would not enjoy the benefits of the great electronic devices that bring us entertainment and importantly help in improving our lives today.

William Gilbert, born in 1544 was an English physician and physicist. A graduate of Cambridge university, he coined the phrase, ‘electricus’. His great work, ‘On the Magnet and Magnetic Bodies, and on the Great Magnet the Earth’ He was the first to argue, correctly, that the center of the Earth was made of iron. However we have to travel back to 600 BC Greece, for the first recorded notes on electricity.

The ‘first western scientist’, Thales of Miletus, described static electricity by rubbing fur on substances such as amber and the word electricus means amber in Latin. There have been scientific giants, since then, who each in their own way have advanced our harnessing and understanding of electricity.

Without electricity there would be no electric devices today. German scientist, Otto von Guericke invented the first electric (static) generator which was designed to showcase repeatable experiments. In 1752 American, Benjamin Franklin proved that lightning was electrical with his kite experiments.

A large forward step in the progress of our use of electricity in devices came in 1799 when Italian physicist and chemist, Alessandro Volta designed and built the first battery. The Volta pile (which became known as the Voltaic pile) worked by arranging several alternating copper and zinc discs and separating them with cardboard or brine soakedcloth and when the top and bottom contacts were connected by a wire a current would flow through them.

This leap forward triggered a wave of inventions, that year after year pushed our understanding of electricity and its uses to where technology is at our current advanced level today. The electrical device was born. Of interesting note were: the invention of the first electromagnet by Englishman, William Sturgeon, the invention of the microphone by Johann Philipp Reis in 1860 and the invention of the DC motor, in 1831 by American scientist, Joseph Henry. Further great inventions were the telephone by Alexander Graham Bell in 1876 and in 1875 Joseph Swan invented the Incandescent light bulb (a dichotomy of opinion exists whether Edison invented it).

What Were The First Electrical Devices In Our Homes?

Sir Joseph Swann, developed the first incandescent light bulb and his house in Underhill, Low Fell, Gateshead, was the first in the world to be lit by an electric light bulb in the early 1800’s. Before then people relied on electric arc lighting for a few decades and gas lighting the century before.

In America at the turn of the 20th century electricity plugs were designed for lighting. An Edison plug would screw into a socket where it would meet the electricity cable. The first toasters began appearing on the market in the early 1900′ such as the Electric D-12 toaster by General Electric which used the Edison plug.

The below video shows how to build an arc light which was commonly used to light streets for a few decades  in Paris and London before the invention of the lightbulb. America too was in a race to illuminate its cities. Writer, Ernest Freeberg described Illinois as, “it’s like to be a town lit, suddenly, by imitation moons.”

Charles Francis Brush built huge pencil like structures called Brush arc lamps that provided seemingly intense light to the areas directly below them. They also, Freeberg writes, “bathed the surrounding fields and ‘lonely outskirts’ of the city with something like ‘full summer moonlight.”

In the age old tradition of devices most of the first household electric devices were aimed at making our lives easier
and replacing a harder to use device. The electric iron was patented by Henry W. Seely in 1882. For thousands of
years peoples used the old Chinese method of filling a metal pan with hot charcoal to press away creases in fabrics.
It was a common practice to rotate several flat irons through a fire so that one would always be on standby to replace the one in use – which would cool down in time.

In the 19th century various fuels were used to heat a flat iron including: whale oil, kerosene, ethanol, natural gas and carbide gas. The early electric irons had no easy way to control their temperature, so the first thermostatically controlled electric iron that appeared in the 1920s, was enthusiastically welcomed. A history of electrical devices would soon become a history of electronic devices.

The Birth of Radio

British scientist, John Fleming’s thermionic valve (a two-electrode vacuum tube) 1904, for use in radio receivers and in 1906 American engineer, Lee De Forest’s, type of vacuum tube that was able to amplify radio signals inaugurated the birth of the radio era. In fact many great minds contributed to provide the world with working radios. British scientist, James Clerk Maxwell as early as 1864 showed in theoretical and mathematical presentations that radios could work. Read more here https://en.wikipedia.org/wiki/James_Clerk_Maxwell

A history of electrical devices was now emerging into electronic history as we know it.  Radios in the early 20’s were unselective and speech and music required a comparatively large space on the long wave band. A Bullen ‘Bullphone Nightingale’ loudspeaker was a typical radio in 1926.

Television (A True Electronic Device) – A History of Electrical Devices

The invention of the television was due to the respected work of several great inventors and physicists. Without whom, the television would not exist today. A key finding was by Englishman Willoughby Smith who discovered the photo conductivity of the element selenium in 1851.

German, Paul Julius Gottlieb Nipkow proposed and patented the Nipkow disk in 1884: a spinning disk with a spiral pattern of holes in it and each hole scanned a line of the image. This became the basic design of future televisions. In 1907 Further advancements were made in amplification tube technology by American, Lee de Forest and German inventor, Arthur Korn.

It would not be until 1909 when Frenchman, Georges Rignoux demonstrated an 8×8 pixel resolution concept demonstration that was sufficient to clearly transmit individual letters of the alphabet. A matrix of 64 selenium cells, were individually wired to a mechanical commutator which served as an electronic retina. In the receiver, a cell modulated the light and a series of variously angled mirrors attached to the edge of a rotating disc scanned the modulated beam onto the display screen.

In 1923, Vladimir Zworykin invented the iconoscope, and then it would not be long before the television era was born. The television was seen for outside broadcasting by the British, BBC, for the first time, on Armistice Day 1937. A new generation of viewers could watch on a television when the King laid a wreath at the Cenotaph.

On July 1, 1941, CBS and NBC were given the first two commercial TV licenses, for Channels 1 and 2 in New York, which broadcast entertainment and sports events each night.

When Was Color TV Created?

In 1928, Scottish inventor John Logie Baird was the first to demonstrate color TV with a mechanical system using a Nipkow wheel. NTSC of America undertook considerable research on the subject. The problem had been that color television used too much bandwidth. They came up with an electronic RCA system that encoded the color information separately from brightness information which reduced the resolution of the color information in order to conserve bandwidth.

The RCA CT-100 and Admiral C1617A were the first color TVs offer for sale on December 30, 1953. Both had a 15 inch screen, though there were hardly any color programs to watch . https://www.soundandvision.com/content/65-years-ago-today-first-color-tvs-arrive

A history of electrical devices is changing every week. An electric device, the smartphone is only about a decade old  and is as revolutionary as the TV in the lives of everyone. In the poorest neighborhoods in the world you’ll find a smart phone somewhere.  What electric device will be next to take the world by storm? Stay tuned on TheDeviceStore. 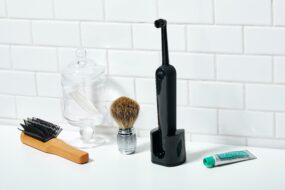 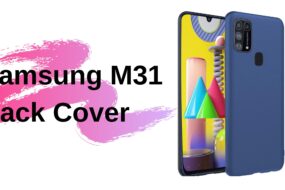 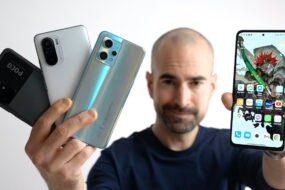